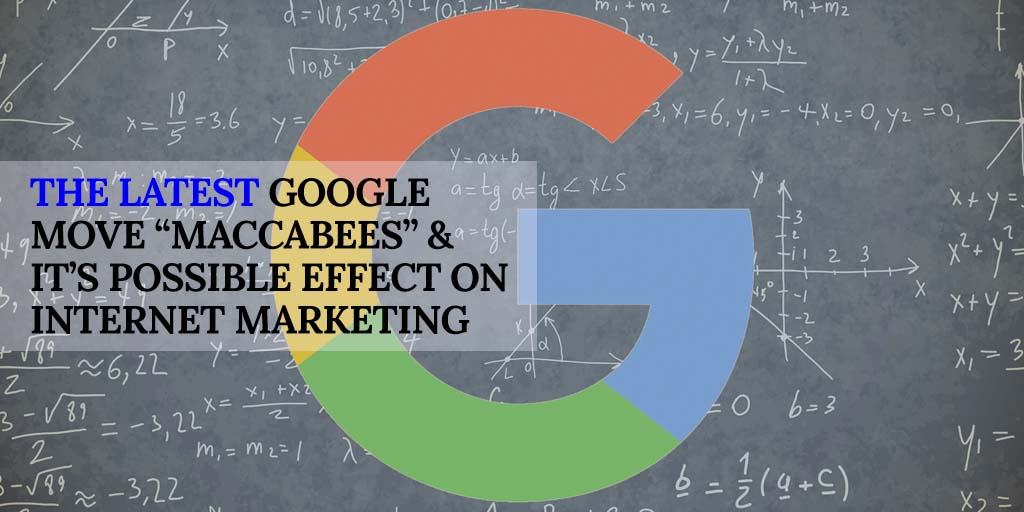 By the end of 2017’s December, google’s Maccabees, a new core algorithm change was the main chapter in the SEO sector. What is it targeting? Was one of the multiple questions posed regarding the new theory. Initially, different concerned sectors were puzzled about the new internet threat that seemed to reduce traffic on certain pages, mainly those of low quality and those built for search engines

What is Google’s Maccabees?

Precisely, core algorithm updates or changes have no formal names and so, Maccabees is the latest name given to this new change/update after the earlier reference “Fred”. Barry Schwartz of SERoundtable named the update Maccabees in recognition of Hanukkah.

Similar updates have been made in the past aimed at;

What is Maccabees update all About?

With the Maccabees update, it’s chapter began on December 12 when Google’s search results appeared different from what is usually expected. Of course, this is a worldwide matter, hence the heated up SEO field and its various forums

According to Google’s spokesperson, the update is aimed at improving internet relevancy. Indeed, this confirms the so far witnessed changes, specifically on affiliate type sites. However, e-commerce sites remain unaffected by the update.

Well, some sites may have to fall out by the changes, but this isn’t a one-sided development. The updates will improve Google services, basically a common man’s benefit. For the SEO side, it has to boost its services, eliminate all unnecessary collisions that has prevailed through the years. Also, website ranking is automatically affected for numerous sites, but indeed, if one’s website is a higher quality, why not receive better ranking?

How to go about the Maccabees update

Unless required, there is no need to load your site with separate pages for different keywords. In case the website has various topics and categories, then you have a permit for various pages for each concern. You may consider the following approaches for targeting permutations

It must be done within the keywords used on the page and also, use keyword tools.

For those with already authoritative websites, well and good, but for those currently affected, may have to make some changes. Do not create a low quality thin for each keyword

These theories are currently in the SEO world;

Since some have confirmed that their sites still remain mobile friendly, this theory has been rejected.

However, some report of no increase in Google’s mobile bot

Desktop visibility being affected more than the mobile visibility seems to be a major suggestion, but some clients have not reported so. Therefore, with time, confirmations may be made.